Is a DUI a Felony in Georgia? – Georgia Criminal Code

A DUI in Georgia has its own unique set of legal circumstances that a veteran Georgia DUI lawyer must intimately know to be successful in a Georgia court. As with the other 49 states, the Georgia BAC legal limit is 0.08 grams percent for drivers over 21, it is 0.02 grams percent for drivers under 21, and it is 0.04 grams percent for commercial CDL drivers. “BAC” stands for “blood alcohol content,” and you can quickly and easily check your estimated BAC level with our BAC calculator. A Georgia DUI can be classified as a misdemeanor DUI or a felony DUI – it depends on the extenuating circumstances of the DUI arrest, and the criminal background of the defendant. If at the time of your drunk driving arrest your actions caused bodily injury or death, or property damage, your case could be raised to a felony offense. Also, if your BAC level was way over the 0.08% minimum level, the State will pursue felony charges. 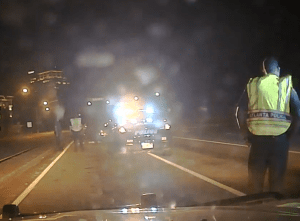 Finally, if you already have prior DUI convictions, your fourth DUI will move forward as a felony case. Georgia does not allow a first offense DUI for any drunk driving convictions. Strict GA DUI penalties can include jail time, loss of driver’s license, court fines, DUI classes, and community service. Plus, a DUI in cannot be expunged (removed) from your permanent criminal record in the state of Georgia.

The Georgia Criminal Code requires a driver’s license hard suspension for anyone who “refuses to blow“ into the breath test machine, typically the Intoxilyzer 9000 or 5000 breath analyzer after their DUI arrest. You also face a hard suspension if you refuse a DUI blood test or urine test. Your right to drive can be revoked for months or even years. And within 10 days of your DUI arrest, the Georgia DDS will carry out an administrative license suspension that stops you from legally driving. A top Georgia DUI attorney will immediately file for an ALS hearing to try to stop this non-criminal loss of license. If we are successful at keeping your driver’s license valid, you are not home-free. The next challenge to your Georgia driver’s license will be in a criminal court of law, where if you are convicted of DUI, the judge will immediately suspend your license. It is imperative that you are able to legally drive after your DUI arrest. Most people simply cannot afford to miss work or school, or to drive their children to practice.

If any minor children under 14 were in your car at the time of your arrest, you will be charged an additional DUI for each child. This is on top of your own DUI charge. So if you were driving 3 minor children, you will be charged with 4 DUIs. A fourth DUI in Georgia automatically becomes a DUI felony and carries lengthy jail time and years of being banned from driving any vehicle. Georgia DUI Child Endangerment is a very serious drunk driving charge, and it brings intense public shame. But an arrest is not a conviction™.” You are innocent until proven guilty, and the State has a lot to prove before they get a DUI conviction. Our skillful Georgia DUI attorneys have successfully represented hundreds of clients with multiple pending DUI charges, and each of our clients is treated with professionalism and empathy.

DUI in Georgia comes in several forms. A DUI Less Safe means that even if your BAC was less than 0.08 grams percent, you can still be arrested for DUI – if the arresting officer determines you are “less safe” to drive because of the amount of alcohol in your system. A DUI Per Se will be charged if your BAC is 0.08 grams percent or above. But you can be charged with a DUI Per Se if the State can prove that your BAC reached 0.08 grams anytime within 3 hours before you began to drive. DUI Drugs will be charged if you drove under the influence of prescription drugs or illegal drugs. We have seen a dramatic rise in DUI Drugs defendants coming into our offices, as more and more people are taking pills and then driving, unaware of the dangerous effect of their doctor-prescribed medicines, especially when mixed with a few glasses of wine.

Georgia DUI Marijuana charges are pursued if a person’s system contains traces of the active ingredient in marijuana, even if a police officer does not observe impaired driving. If suspected of marijuana use, a DUI blood test or urine test will be ordered and carried out. A marijuana breath test machine is being developed so local police can more easily measure the amount of marijuana smoked or ingested. As some states begin to legalize marijuana, our Georgia DUI attorneys may see more of these cases, and as always, we will be 100% prepared to successfully fight these charges.

Copyright 2022, by Attorney William C. Head, author of books on DUI law for a quarter of a century.