This article is focused on defending an impaired driving case in Georgia. Due to rampant misinformation, some accused DUI drivers think that driving under the influence (DUI) is a minor crime. That myth or misconception is usually dispelled once the full impact of a DUI conviction is disclosed.

Most defendants either hire a private lawyer or are represented by a public defender appointed by the court. However, (depending on the court location in Georgia) as many as 35% of others never retain a lawyer for their legal defense and simply take what the prosecutor offers them.

The criminal offense of driving under the influence is a serious threat to the futures of many accused citizens. At stake is potential jail time (depending on prior criminal record and in some jurisdictions) a license suspension for 12 months or longer (if convicted or administratively suspended under implied consent) and a permanent, lifetime record of this misdemeanor or felony.

The likelihood of trying to proceed with no legal representation is much higher in rural Georgia or tiny municipal courts in small cities across the state. Almost 100% of those who end up putting a conviction on their records live to regret that mindless decision, as the loss of economic opportunities for jobs is later experienced.

Hence, this web page was written to explain your legal right to counsel and some of the factors you might want to consider before deciding what kind of legal representation is best for you. Google searches conducted for attorneys near me are varied in their scope and search results rendered.

Why a DUI Attorney Near Me Is Needed: Are You Seeking Free, Average, Good or Best?

Driving under the influence is considered a crime in every state. So, DUI charges are handled in a criminal court. You have a right to represent yourself in the felony or misdemeanor court, but the complexities of DUI defense (in most cases) give a distinct advantage to the prosecutor.

This is especially if your pending case involves chemical testing of breath or blood. The numeric results of your chemical test (e.g., either from a breathalyzer known as the Intoxilyzer 9000 or from a GBI blood test) will be a key part of the prosecution that the solicitor or district attorney will be allowed to introduce as part of your case evidence.

Due to the devastating DUI penalties that follow being convicted, the Sixth Amendment (right to legal counsel) and the 5th Amendment (due process of law) United States Constitution mandates that you be supplied with an appointed criminal defense lawyer if you cannot afford your own legal counsel.

For a couple of decades, a concept called “the two Georgias” focused on the economic and political dichotomy that had evolved from Atlanta’s meteoric growth in the past 50 years. When it comes to DUI defense, the delineation comes down to the huge number of cases involving drunken driving and drugged driving within a 25-mile radius of the State Capitol dome — about 50% of the State’s total arrests.

When arrested for DUI in Atlanta GA (or in the surrounding metro Atlanta counties), your primary objective is to look up top-rated criminal defense attorneys to help you beat the DUI case. This explains the logic of our legal team in setting up four nearby office locations near the home of searchers of phrases like “best DUI attorney Atlanta.”

The last thing you wanted to see during the week following your arrest is direct mail to your home address from the cheap DUI lawyers in Atlanta GA. Their advertisements are all telling you why you need to hire them!

The solicitations are downloaded from public records daily, and usually within 24 hours of your arrest. These are then sent to the address on your traffic ticket. You can bet that no candidates for “best DUI attorney Atlanta GA” are the ones sending you these annoying communications!

Narrowing Your Search for DUI Lawyers

In the age of the Internet, research on just about anything is at your fingertips. A quick survey of monthly Internet searches for how those defendants facing criminal charges look for either “DUI attorney,” or “DUI lawyer.”

Several common modifier words are used. Interestingly, six times more Web searchers use either “best” or “top” as their modifier than the combined total of searchers that use “good,” “cheap,” or “average.” This page features three of those best lawyers, based on reliable and peer-reviewed attorney ratings.

William ‘Bubba’ Head and the two partners in his law group possess high Atlanta DUI attorney ratings. In fact, Best Lawyers in America twice named Mr. Head as its 2012 and 2017 recipient of its “best DUI lawyer Atlanta” winner. In a poll of DUI lawyers in Georgia and other states, he was named the best DUI lawyer in America by the members of the National College for DUI Defense in 2003.

The other two member of his law firm, Larry Kohn, DUI attorney Atlanta GA, and ex-police officer Cory Yager, Marietta DUI attorney and DUI attorney Roswell GA stands out among all Georgia lawyers due to the fact that he was a cop in both Cobb County and the City of Roswell Georgia, prior to graduating from law school in 2007.

The State of Georgia has enacted numerous laws relating to the issue of Georgia DUI penalties. This section is intended to assist interested parties in quickly accessing the appropriate code section for research purposes. Once you have identified the code section you need, go to Code of Georgia for the complete details of the law.

OCGA 40-6-391 is the central statute for describing the various types of DUI offenses. Great detail and broadly-worded prohibition for drivers being impaired by ANY substance are contained in the multi-thousand word GA code section.

O.C.G.A. Section 40-5-67 sets forth laws for the seizure and disposition of a GA driver’s license, following a DUI conviction or nolo contendere plea. Special temporary driving permit conditions are found here. Plus, reinstatement rules that are applicable to drivers who have a driving under the influence conviction are set forth.

GA Code Section 40-5-67.1: The statute setting forth the rules for periodically checking and verifying the accuracy of DUI chemical tests on the CMI intoxilyzer 9000. This code section contains Georgia’s implied consent notices for drivers under age 21, those age 21 and over, plus the 0.04 grams percent limit for CMV (commercial motor vehicle) operators. This code section a provides the authority for appealing a proposed DUI suspension for a DUI refusal and sets forth the limited legal issues for said OSAH judicial hearings.

OCGA Code Section 40-5-64.1: Georgia’s 2017 change that added an ignition interlock option for a person accused of refusing the post-arrest implied consent testing. The driver may either appeal or take a 12 month interlock through Georgia DDS oversight.

O.C.G.A. 40-6-394: Serious injury by vehicle through either DUI or reckless driving. This felony statute does not have a second degree status, for which minor traffic violations that case grievous bodily injury are elevated to felonies.

Information on Georgia DUI Courts In and Out of Metro Atlanta

The Peach State has more different courts handling DUI in Georgia cases than any other state. The number exceeds 1000 different small town and county courts. Some locations are so small that fewer than a dozen drunk driving cases are processed there annually. Call us for a free consultation: 404-567-5515. 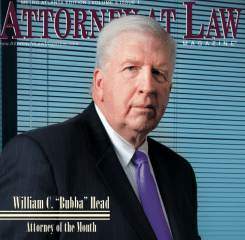 Which DUI lawyer Sandy Springs lives and works in that city?

When evaluating DUI attorneys Alpharetta GA, what factors should be considered?