By: Cory Yager, Former Law Enforcement Officer and Atlanta DUI Attorney Near Me Who Has Worked With Georgia DUI Lawyer Bubba Head His Entire Legal Career

Georgia DUI laws and the related Georgia DUI penalties have become more severe with each passing year starting in the early 1980s. The State of Georgia, like every state in the Union, has been coerced into boosting punishment by the federal government by making the receipt of federal highway money contingent upon “falling into line” with the suggested changes.

The primary mechanism is through the withholding of federal funds for highways, until a state passes laws that comply with federal regulations. Using a “carrot-and-stick” approach, if the Peach State does not comply by altering Georgia law, the State will lose valuable federal highway construction and repair money. 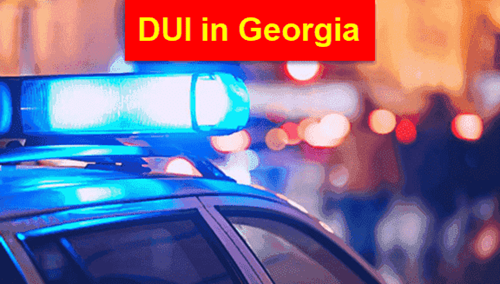 Georgia is also one of the states that permits the prosecutor to seek a conviction under alternative “methods” of conviction when a blood test or breath alcohol is admitted into evidence. One is what lawyers call “common law” DUI, which only requires the State to prove that it was less safe for the person to drive (due to alcohol ingestion) or being shown to be rendered incapable of driving safely, from marijuana or drugs of any type.

The other method of getting a conviction is DUI per se. Two different subsections are used here. For alcohol, the legal limit for adult drivers age 21 and over is 0.08 grams percent, from a forensic test taken at any time within three hours of the driving ended. Another marijuana per se statute says that if any active marijuana or its metabolites is found in blood testing, this can support a conviction and possibly have DUI first offense jail time.

More than 15 times since 1981, GA DUI laws have been enacted or revised by the Georgia Legislature. The most recent alteration was to re-write the Georgia implied consent law “notice,” which happened April 28, 2019, after the landmark case of Elliott v. State declared that the prior implied consent notice in GA was constitutionally defective.

Once the new laws go into effect, all judges and prosecutors in Georgia are then held to these higher punishment standards, even if the case is for DUI charges first offense. Multiple DUI laws in GA control license suspensions, points, and license reinstatement after a DUI GA.

1. What happens for your first DUI offense? GA DUI penalties under 40-6-391 begin with benign punishments for a 1st offense DUI. As can be delved from a review of the GA DUI penalty chart below, very tough laws in GA exist for drunk driving.

2. How much is a DUI ticket? For example, only 40 hours of community service work is mandatory for a first DUI conviction and has a fine as low as $300 (plus State surcharges) on a DUI first offense in the past 10 years. But, pleading guilty and paying that tiny fine amount is an irreversible decision, and you will be living with that conviction for LIFE! It can never be expunged or have that record restricted.

3. How long do you lose your license for a DUI? In every case, the license (or driving privileges in Georgia, for defendants with out-of-state licenses) is taken. By operation of law, your driver’s license is taken in court and suspended (or revoked) at Georgia DDS.

4. How much jail time for DUI? For repeat offenders, however, the penalties and driver license consequences under the Georgia DUI statute ramp up for any second offense DUI and subsequent offenders. In all instances, only by installing and paying for 12 months on an alcohol ignition interlock device can any early reinstatement occur. For example, 72 hours of DUI jail time is the absolute lowest number of jail hours you can be sentenced to serve, and 120 days of total license suspension before the interlock option may be applied for. 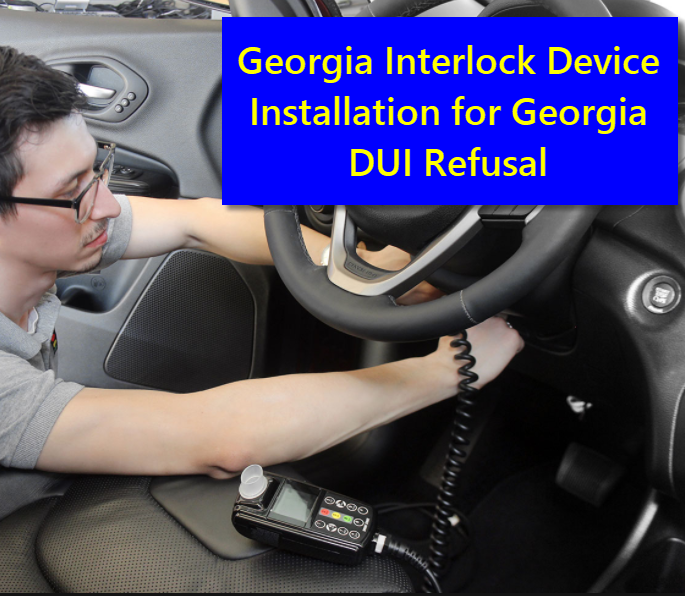 5. How likely is jail time for first DUI? Absent a car accident with the driver having a high BAC level, or bad conduct toward police officers, additional jail time on a DUI plea of guilty is rare.

Repeat Offender penalties for driving under the influence. A 3rd DUI within ten years makes the jail time from 15 days to a full year for the person to serve. With a fourth DUI within 10 years, this is a felony and carries not less than 90 days of incarceration, with as much as 5 full years possible.

For a 4th DUI felony, the community service hours jump to at least 480 hours and the fines range from $2500 to $5000, plus surcharges. Finding laws firms near me who specialize in DUI defense is critical for these highly challenging criminal cases, misdemeanor or felony.

Penalties for a DUI in Georgia First Offense

Being charged with DUI is NOT a conviction! While our Atlanta DUI attorneys focus on NOT allowing you to get convicted of DUI, people always ask us about the penalties if convicted.

The DUI statute (OCGA 40 6 391) mandates these categories of 1st DUI punishment and mandatory minimum DUI penalties (for each category) that cannot be waived. Penalties for your first DUI conviction include: 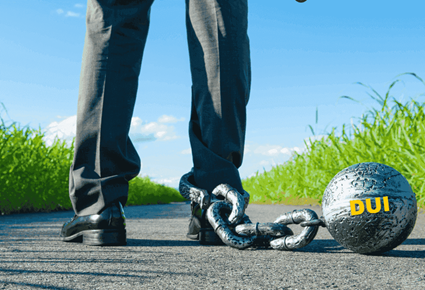 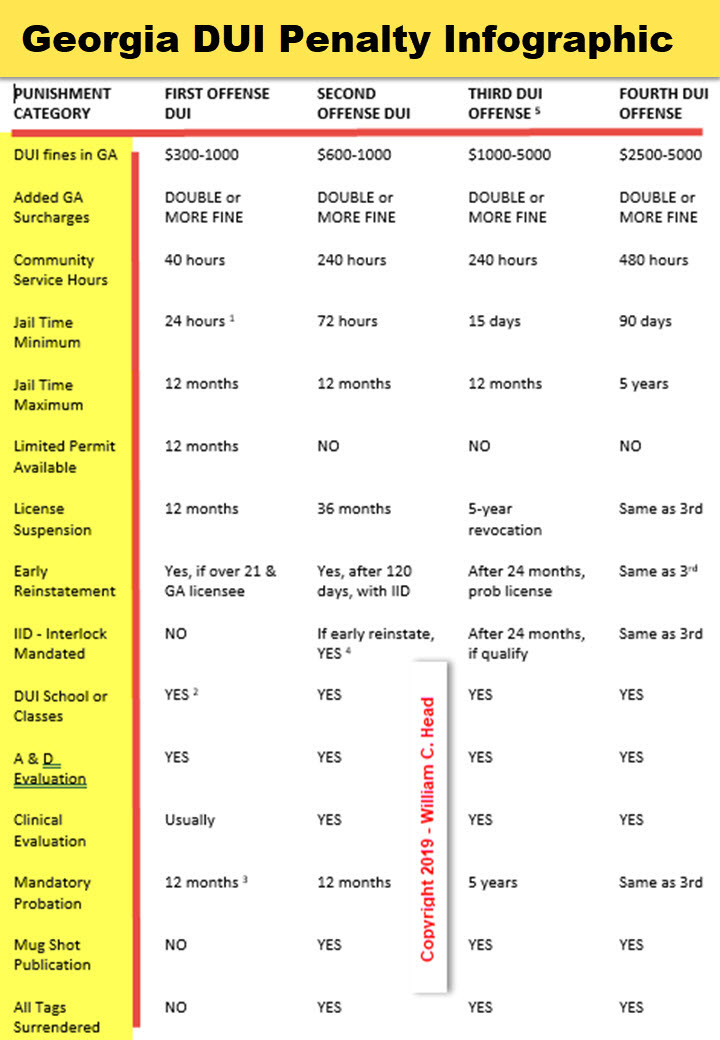 Many potential clients call our law office near me voicing concern about Georgia DUI penalties under GA Code 40-6-391 and (if convicted) the consequences for driving under the influence of alcohol. A conviction of a DUI in Georgia 1st offense carries a moderate criminal law punishment. However, the lifetime criminal record and resulting license suspension after a conviction on DUI charges can wreak havoc in your life.

A so-called “zero tolerance” BAC level is in place for drivers under age 21, which is set at 0.02 for underage drivers. Pressure from groups like M.A.D.D. and the American Medical Association (AMA) continue to try push the legal BAC limit down below 0.08%. If you were pulled over by a Georgia patrol car, and you took a roadside breath test and “blew” a 0.08% or higher, the Georgia police officer can arrest you for drunk driving.

The legal blood alcohol content level, or BAC, for adult drivers age 21 and over in Georgia is the same in 49 states and the District of Columbia. 0.08% grams percent. The State of Utah enacted the nation’s first 0.05 grams percent adult BAC level statute in 2019, which is a trend that will likely continue.

An arrest is not a conviction ™! Obtain your FREE consultation and a get a PDF copy of William Head’s FREE 430-pageThe DUI Book written in 2006 by my law partner. The author of an earlier 1991 book on How to get out of a DUI first offense, Mr. Head’s legal wisdom can educate you on how to fight a DUI in any state.

Some of America’s best GA DUI lawyers are listed with DrunkDrivingDefense.com. For your FREE lawyer consultation call today at 1-844-832-6384.

OTHER Georgia Court Links for some of the Busiest Municipal Courts in Georgia:

How much does a DUI cost over ten years, in GA, AL, NC or ME.