By: William Head, Attorney Defending Driving Under the Influence for 45 years at the Head Law Firm and DUI Attorney Atlanta

Every arrest for DUI in Georgia has its own unique set of facts, legal circumstances, and police errors. Reviewing all the State’s evidence will be the task of your Georgia DUI lawyer. He or she must know all aspects of litigating DUI cases in the Peach State to be successful defending you in a Georgia court. As you will read below, our firm provides all criminal case arrestees with a FREE lawyer consultation.

In considering your representation by lawyers for DUI near me, review the factors that separate the top-rated DUI lawyers near me from the rest of the crowd of criminal law attorneys selling their legal services. Because no “do-overs” are allowed in criminal court if you select an attorney that only knows basic information about DUI cases, you only option is to hire legal advocates with the highest attorney ratings for DWI vs DUI defense.

For drivers under age 21 in Georgia, the legal limit is only 0.02 grams percent. The is equal to half of a 12-ounce can of regular beer (which is about 5% ethanol) or 4.5-ounce glass of red wine (which is about 12% ethanol) for a 100-pound female, drinking on an empty stomach.

For any operator of a CMV (commercial motor vehicle), the maximum permissible legal BAC is 0.04 grams percent. Commercial drivers who are tested for a suspected DUI and show any measurable level of alcohol (or who refuse implied consent testing), are issued a 24-hour “out of service” order by law enforcement.

“BAC” stands for “blood alcohol content,” and you can quickly and easily check your estimated BAC level with our BAC calculator. A Georgia DUI can be classified as a misdemeanor DUI or a felony DUI. Felony or misdemeanor depends on the extenuating circumstances of the DUI arrest, and the criminal background of the accused citizen for prior DUIs within the past 10 years, based on dates of arrest.

Georgia DUI Lawyer: Is a DUI a Felony in Georgia?

Finally, if you already have prior DUI convictions, your fourth DUI (within 10 years, measured by dates of arrest) will move forward as a felony case. This section focuses on scenarios where a DUI is a felony in Georgia, and you REALLY need to hire an attorney who is a skilled accident lawyer with an impeccable success rate. All three of our law partners are published, national and local legal book authors on DUI-related topics.

Georgia DUI law does not allow diversion, conditional discharge or use of a first offender DUI plea for any drunk driving convictions. Georgia DUI penalties are strict, and among America’s most punitive. So, your sentence, if convicted, can include jail time, loss of driver’s license, court fines and surcharges, being required to take DUI classes, and perform community service hours.

Is it worth getting a lawyer for a DUI? A DUI in Georgia cannot be expunged (removed) from your permanent criminal record. You will take any conviction to the grave. That is why entrusting your case to top rated lawyers near me like Bubba Head, Attorney, is wise.

The reason our three-partner law group has four law office locations in Cobb County and Fulton County GA. All three partners have multiple inclusions (30 total) in Georgia Super Lawyers, among the many top lawyer ratings services.

always offered potential clients a DUI attorney near me FREE consultation is to not “sugar coat” the downside risk of pleading guilty with cheap or free DUI lawyers near me. Once the court case is finalized with a low-cost DUI attorney, the chances of re-opening that case are too slim for us to advise you to pay good money to fight the conviction.

Is my case a Georgia misdemeanor DUI or Georgia felony DUI? If at the time of your drunk driving arrest, a car accident takes place, and your driving actions caused serious bodily injury or death, your DUI case could be accused as a felony DUI offense.

Of course, this is true whether you refused the State’s post-arrest forensic test or if you submitted to the testing and your BAC level was over the 0.08% minimum level. With or without a forensic test, the State will pursue felony vehicular homicide GA or serious injury by vehicle “first degree” DUI charges.

The Georgia Criminal Code requires a driver’s license hard suspension for anyone who “refuses to consent“ to submitting to a post-arrest, forensic test or tests. This would either be a breath alcohol test machine, the Intoxilyzer 9000, blood test or urine test. In 2021, many police officers now only request blood extraction from their arrestees, which Georgia law permits.

You also face a hard suspension if you refuse a forensic breath test, DUI blood test or urine test, as required by Georgia implied consent laws. A hard suspension means no limited driving permit nor even an interlock restricted DDS GA license. Under GA DUI laws, your right to drive can be revoked for months or even years with any misdemeanor or felony convictions.

And within 30 days of your DUI arrest, the Georgia DDS will carry out an administrative license suspension that stops you from legally driving. A top Georgia DUI attorney will immediately file for an ALS hearing to try to stop this non-criminal loss of license.

Even after our GA attorneys are successful at keeping your driver’s license valid, you are not home free. The next challenge to your Georgia driver’s license will be in a criminal court of law.

If you are convicted of DUI, that conviction, by operation of law, suspends you Georgia driver’s license or a non-resident’s ability to drive in Georgia. It is imperative that you be able to continue to legally drive after your DUI arrest. Most people simply cannot afford to miss work or school, or to drive their children to practices.

A fourth DUI in Georgia automatically becomes a DUI felony and carries lengthy jail time and years of being banned from driving any vehicle. Georgia DUI Child Endangerment is a very serious drunk driving charge, and it can bring intense public shame, if the media picks up on it.

But an arrest is not a conviction™.” You are innocent until proven guilty, and the State has a lot to prove before they get a DUI conviction. Our skillful Georgia DUI attorneys have successfully represented hundreds of clients with multiple pending DUI charges, and each of clients is treated with professionalism and empathy.

DUI in Georgia comes in several forms. A Georgia DUI Less Safe means that even if your BAC was less than 0.08 grams percent, you can still be arrested for DUI – if the arresting officer determines you are “less safe” to drive because of the amount of alcohol in your system.

We have seen a dramatic rise in DUI Drugs defendants come in our offices, as more and more people are taking pills and then driving, unaware of the dangerous effect of their doctor-prescribed medicines, especially when mixed with a few glasses of wine.

Georgia DUI Marijuana charges are pursued if a person’s system contains traces of the active ingredient in marijuana, even if a police officer does not observe impaired driving. If suspected of marijuana use, a DUI blood test or urine test will be ordered and carried out.

A marijuana breath test machine is being developed so local police can more easily measure the amount of marijuana smoked or ingested. As some states begin to legalize marijuana, our Georgia DUI attorneys may see more of these cases, and as always, we will be 100% prepared to successfully fight these charges.

Who Is Atlanta DUI Lawyer Bubba Head and His Law Partners?

The driving force behind the National College for DUI Defense, and a best-selling DUI law book author and national speaker on DUI laws since 1991. That book, 101 Ways to Avoid a Drunk Driving Conviction, is still the best-selling book on how to beat a DUI in America. GA DUI attorney William C. Head is a proud “Double Dawg” from the University of Georgia. That means that both his undergraduate degree and his law degree were earned from UGA. 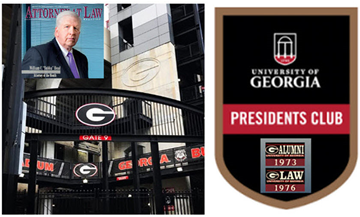 The Georgia native was the first criminal defense lawyer to host and sponsor a NHTSA standardized field sobriety test TRAINING course for DUI defense lawyers in July of 1994. He has held “Life Member” status with both the NACDL.org and the GACDL.org for over 25 years. 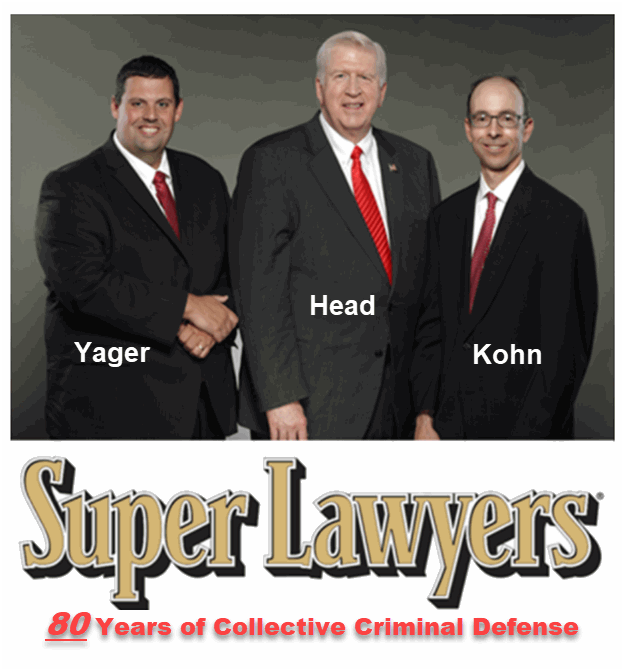 To take advantage of our DUI lawyers near me FREE consultation, call today to 404-567-5515. With 80 combined years of aggressive criminal defense work, Mr. Head, Larry Kohn, and ex-cop Cory Yager make a formidable legal team. Either one of our partners or another highly qualified, local DUI defense lawyer near me in South Georgia or North Georgia will be found for your DUI defence.